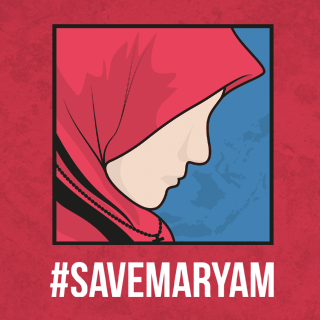 Following the recent controversy regarding the #SaveMaryam campaign carried out by Mercy Mission World, which can be found at http://savemaryam.com/, representatives of KIBAR (http://www.kibar-uk.org), which serves as an organisation representing the Indonesian Muslim community in the UK, held a series of meetings to clarify matters with Mercy Mission on the following dates: 27th July 2012 at Mercy Mission offices in East London, 28th July 2012 at the Ramadhan TV studios in North West London, 4th August 2012 at the Indonesian Islamic Centre, London (Indonesian Mosque) and 12th August 2012, also at the Indonesian Islamic Centre, London.

Based on the clarification received at the four meetings, we reached the following conclusions:

1.         Mercy Mission, the originator of the #Save Maryam campaign, is an official non-profit Muslim organisation, which is registered in the UK and is active in the field of Islamic da’wah. Mercy Mission is a registered charity with the Charity registration number 1122922 (http://mercymissionworld.org/).

2.         We regard Mercy Mission’s efforts through the #SaveMaryam campaign as an honest endeavour to raise awareness and to find a solution to the problem of apostasy (murtad), principally through Christianisation (the phenomenon of Muslims embracing Christianity), which is happening in Indonesia.

3.         This is a positive effort, which should be appreciated for the following reasons:

4.         During the course of our meetings Mercy Mission were cooperative and open to criticism, suggestions and correction from the Indonesian community in the UK and invited Indonesian citizens both in the UK (KIBAR members) and Indonesia to join their team to solve the problem of apostasy.

5.         Regarding the published figure of 2 million (cases of apostasy per year) which was challenged by a number of Muslims in the UK, Mercy Mission have clarified matters through the following statement:

All parties agreed on the fact that there are no accurate figures which can be used as a basis for discussion, and, in fact, those who challenged the figure of 2 million were unable to give a precise figure. However, they suggested that a figure of between 0-200,000 per year would be reasonable. Because of this problem, Mercy Mission suggested it would be better to focus on finding a solution to the problem of apostasy itself and working together in areas where there was agreement. In addition, Mercy Mission accepted the suggested figure of 0-200,000 cases per year and agreed to issue a correction in press releases for the next stage of their programme, namely the implementation stage.

6.         Some members of KIBAR also highlighted the possibility of tensions arising between ‘hardliners’ among both the Muslim and Christian communities as a result of the #SaveMaryam campaign, which could lead to violence, bloodshed and even killings. Mercy Mission welcomed this input and invited all those in attendance to continue to actively participate and continue to provide an input to their programme to become part of the solution.

Based on the above considerations, KIBAR state that:

1.         We know that only Allah SWT is All-Aware, All-Knowing, He is never wrong and He never sleeps; we as humans are prone to many shortcomings, faults and mistakes.

3.         Given the results of our dialogue with Mercy Mission and the clarification received, we have decided not to oppose this anti-apostasy programme in general, and, in this instance, the #SaveMaryam campaign in particular.

4.         Mercy Mission’s positive effort, which is concerned with the issue of apostasy in Indonesia, deserves our appreciation and support.

5.         Mercy Mission are aware of the shortcomings of their programme and ask the Indonesian community to be pro-active in offering suggestions and constructive criticism, as well as to be a part of the solution.

6.         We call upon Mercy Mission to continue to hold constructive discussions and to work closely with credible local partners in Indonesia, and to communicate with the Indonesian community in the UK, particularly KIBAR, so that their programmes may provide the widest possible benefit without causing conflict in the field.

7.         We call upon all Indonesian Muslims to engage in constructive dialogue in the spirit of Islamic brotherhood, affection and mutual forgiveness, In order that the Indonesian Muslim community may be accepted and occupy an esteemed place at the table of international da’wah.

8.         We call upon our Muslim brothers and sisters as well as Muslim organisations in Indonesia to continue to work together in striving to protect the Indonesian Muslim community from efforts to distance them from the deen of Islam, such as through apostasy and liberalism, in ways that will avoid conflict and disrupting the unity of the nation.

May Allah SWT establish truth and goodness and the light of Islam upon the face of the earth and may Allah SWT help all the Muslim ummah, wherever they may be, in the face of such heavy trials and fitna, and may He join their hearts in obedience to Him. Amiin. Finally, we offer our deepest apologies for any mistakes or shortcomings in this statement.

–           A recording of the last meeting between members of KIBAR and Mercy Mission can be downloaded from these links: